The Offshore Oil and Gas Industry

The offshore oil and gas industry is composed of a conglomerate of companies and organizations engaged in the exploration and extraction of resources in all the world. 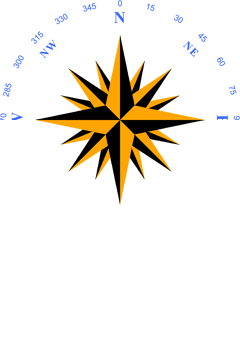 In the late years of the 18th century, began exploitation of numerous springs of crude oil and natural gas in California. After drilling a large number of wells, the first entrepreneurs noticed that the wells nearest the ocean were the best producers. That initial discovery led them to drill on the beach itself. The idea was so successful that, in 1.887, they came up with a more ambitious scheme consisting in building a wharf, extended into the ocean, and erecting the drilling equipment on it.

In the mid-1940s, important changes in the oil industry were made as United States was making its transition from wartime to a peacetime economy. Government controls on crude oil prices finished, began disputes over offshore water bottom proprietorship. The increasing demand for gas and oil encouraged offshore activities, which encountered many difficult and challenging problems, such as tidal, current and weather prediction, underwater exploration, drilling location and offshore communications.

Despite the difficulties, the first well from a fixed platform offshore was drilled by Kerr-McGee Corporation in 1.947. Its system, consisting of a barge and platform combination, meant a significant advanced in that period and marked the beginning of the modern offshore industry as it is known today.

By 1.949, there were 11 oil fields in the Gulf of Mexico and another 44 exploratory wells in process. Since then, around 16.000 wells have been drilled in the continental shelf in deeper and deeper waters very far from the coast. Offshore rigs have drilled in waters over 2.200 metres deep and as far as 200 miles from shore.

When development of the North Sea fields began in the mid-60s, the industry had never before faced such a hostile environment. While simple platform designs derived from those used in the Gulf of Mexico, sufficed for the shallow southern North Sea, the severe storms and great water depths of the northern North Sea called for major engineering and technological innovation. These structures are susceptible to damage caused by dropped objects and contacts from vessels and boats, and have to be designed to withstand wind gusts of more than 100 km/hour and waves 30 metres high. Other problems included the ever-present salt-water corrosion and fouling by marine organism. Dealing with the many underwater construction and maintenance tasks falls to divers and remotely operated vehicles.

Today, there are almost 4,000 production facilities on the Outer Continental Shelf. Offshore activities take place in waters of more than half the nations on earth. Wells are now drilled from modern steel or concrete structures, which involves a wide range of technologies similar in many cases to those used to find, produce and transport oil and gas on land, although offshore operations involve meteorology, naval architecture, mooring and anchoring techniques and buoyancy, stability and trim. Besides, it must be considered that drilling and producing oil and gas wells are important phases of offshore operations, but the scope goes further. Offshore operations also include exploring and transporting oil and gas from their point of production offshore to refineries and plants on land.

As technological progress increased and more reserves are being discovered in deep water, the need to design and build deep-ocean compliant structures, such as tension leg platforms, continues to evolve to meet technical and economic needs for deepwater development. This rapid evolution in technology needs to be independently verified to ensure continued safety of operations and protection of the environment. Floating installations have became the main solution for this sort of industry, along with another sophisticated systems for the exploration in deep waters, such as FPSO vessels (Floating Production Storage and Offloading), which are a major breakthrough in drilling-unit design for offshore use.

Although economic crisis in the 80´s reduced the demand for gas and oil, technology pressed even further. The first offshore horizontal well reached 7.500 feet. Scientists began to get a clearer picture of the reserves beneath the sea floor through 3-D seismic imaging.

In 2000, approximately 30% of oil and gas production came from offshore. In considering the future exploration and development of the world hydrocarbon reserves, it is obvious that a substantial portion of these reserves will come increasingly from offshore.

Though it is expected that continental shelves will satisfy a significant part of the future gas and oil requirements, the oil industry is already resorting to the deepest zones on the continental slopes for future oil supply, and, possibly, in the next years drilling works will take place in even deeper waters.

There is a large diversity of positions and jobs to be filled on offshore oil and gas rigs.

The offshore oil and gas industry is a growing sector with a constant recruiting of employees and professionals able to perform in a challenging, stimulating working environment.

We are open to receive – and we shall reply – any inquiry or request for information about the offshore gas and oil industry and its job opportunities and for career development.